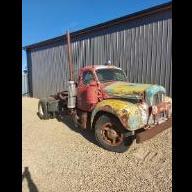 By Licensed to kill
July 7, 2021 in Antique and Classic Mack Trucks General Discussion