Gold Bulldog I am sorry I am sure this has been discussed, I couldn't find 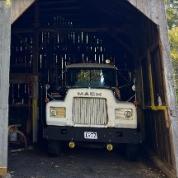