Side to Side Wobble 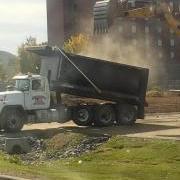