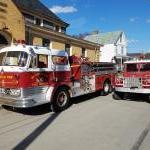 By chuckbates
November 4, 2013 in Introduction Forum