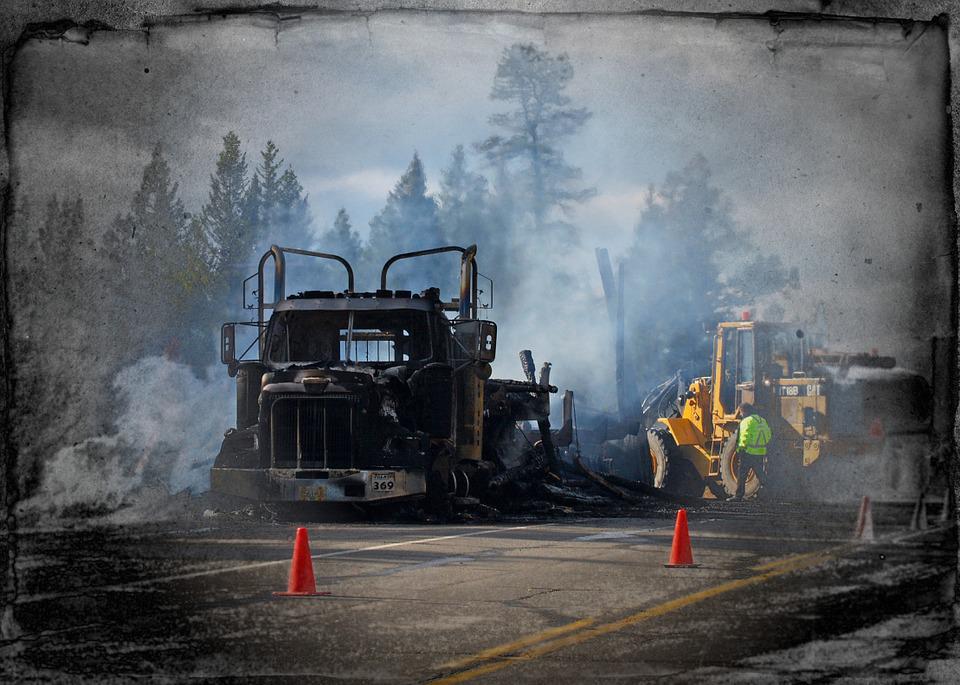 When most people think of the most hazardous occupation in America, few people consider that driving a commercial truck would be near the top of the list. But, annual safety statistics clearly identify that individuals working within the transportation industry have the second highest level of job-related fatalities, averaging over 900 deaths per year. The only occupation that experiences a higher injury and fatality rate in America is the construction industry, averaging over 1,100 worker deaths per year.

Despite the fact that statistics indicate a decline in fatalities and injuries in the commercial truck industry, truck driving remains a hazardous occupation that contributes to loss and injury on an annual basis.  We will discuss the laws and technology that are helping to tighten loopholes in policy and procedure, and the culture and compensation models that need to change to improve road safety.

The Federal Motor Carrier Safety Administration combines data for tractor trailers, or 18-wheel logistic delivery, with passenger bus data for an overview of commercial large vehicle accident statistics. The most recent reports from the FMCSA are available to the public, and compiles national accident data.

In the "Large Truck and Bus Crash Facts" report (2014), the following accident statistics were shared, including:

There are many factors that contribute to an increased injury and fatality rate for commercial drivers. The U.S. Department of Transportation estimated (based on one independent study) that there were 120,000 fatal and injury-causing crashes that involved at least one transport truck in a 33-month review period.

The report cites six different factors that contribute to truck-driver fatalities and injuries in the United States. The first factor, which was estimated to contribute to more than 38 percent of commercial truck accidents was related to driver decision making. The second factor was recognition, which accounted for 28 percent of injuries, and relates to distracted driving incidents, including use of smartphone or tablet while driving, or other distractions inside our external to the truck.

Non-performance was related to 12 percent of truck-driver fatalities and accidents, which includes physical emergencies (heart attack, stroke, or seizure) and falling asleep while driving. It is that statistic that has many within the industry defending that restrictions to driving time should be reduced.  However, both decision-making and distraction levels can be significantly impacted by driver fatigue, along with slower reflexes, cognitive functioning, and alertness. Environmental causes (weather and road conditions) accounted for only two percent of accidents and fatalities in the study.

Identifying the Cause of Commercial Truck Accidents

Since the 1930s, professional truck drivers have been required by law to maintain a logbook of destinations, miles traveled and rest breaks. In the United States, for every twelve hours that a commercial truck driver is on the road, he or she is required to take ten hours of time off to rest, relax, and recharge before continuing on long haul journeys.

The problem with the paper method of tracking for inspectors has been historically well-known. Many truckers have opted to keep two separate paper logs (books) – one for inspectors, which comply with the safety and rest break regulations, and one for the owner/operator or trucking company, which logs actual time and miles traveled. The log can also be used as legal evidence in tractor trailer accident investigations.

New legislation announced in 2016 will move to shorten how long drivers can legally operate transport trucks in service for commercial delivery. The Owner-Operator Independent Driver’s Association (OOID) sued the Safety Administration in an attempt to block the new laws, citing that requiring truckers to invest in unproven technology was unfair. The OOID also stated that its members felt that the new mandatory electronic log system (ELD) was no more effective than the traditional, paper method. This stance would protect the rights of truckers to falsify their travel logs, and potentially increase the number of fatigued drivers on the road, and the national fatality and injury rates for commercial drivers and general road safety.

Employment and Compensation Structures for Drivers

As truckers are paid by the mile, there is a tremendous personal incentive for them to deliver the shipment in the shortest amount of time possible. For long-haul drivers, the faster they deliver, the more quickly they are able to be assigned the next load. It has allowed drivers to optimize their earnings, while packing what many experts believe to be a highly fatigue-driven work week that can exceed one hundred (100) hours or more on the road.

While it is illegal for delivery companies to offer a "fast delivery" incentive to drivers, within the industry, this kind of bonus structure is "off record" and common.  If given the opportunity to drive "double shifts" and past the legal requirement and earn a bonus, few commercial truck drivers would decline the chance to earn more, which is why incentives that circumvent existing distance and hour limitations are illegal.  They remain a strong part of the industry culture, however, and are confidential transactions between employers and drivers.

While legal requirements create safer roads for both commercial drivers and other motor vehicles, continuing education and support from within the industry to change the business culture and the compensation model for commercial drivers must also change. This is already starting to happen from within the industry, through various organizations like the American Trucking Association, with the goal of making a long-term career in the transport industry safer.