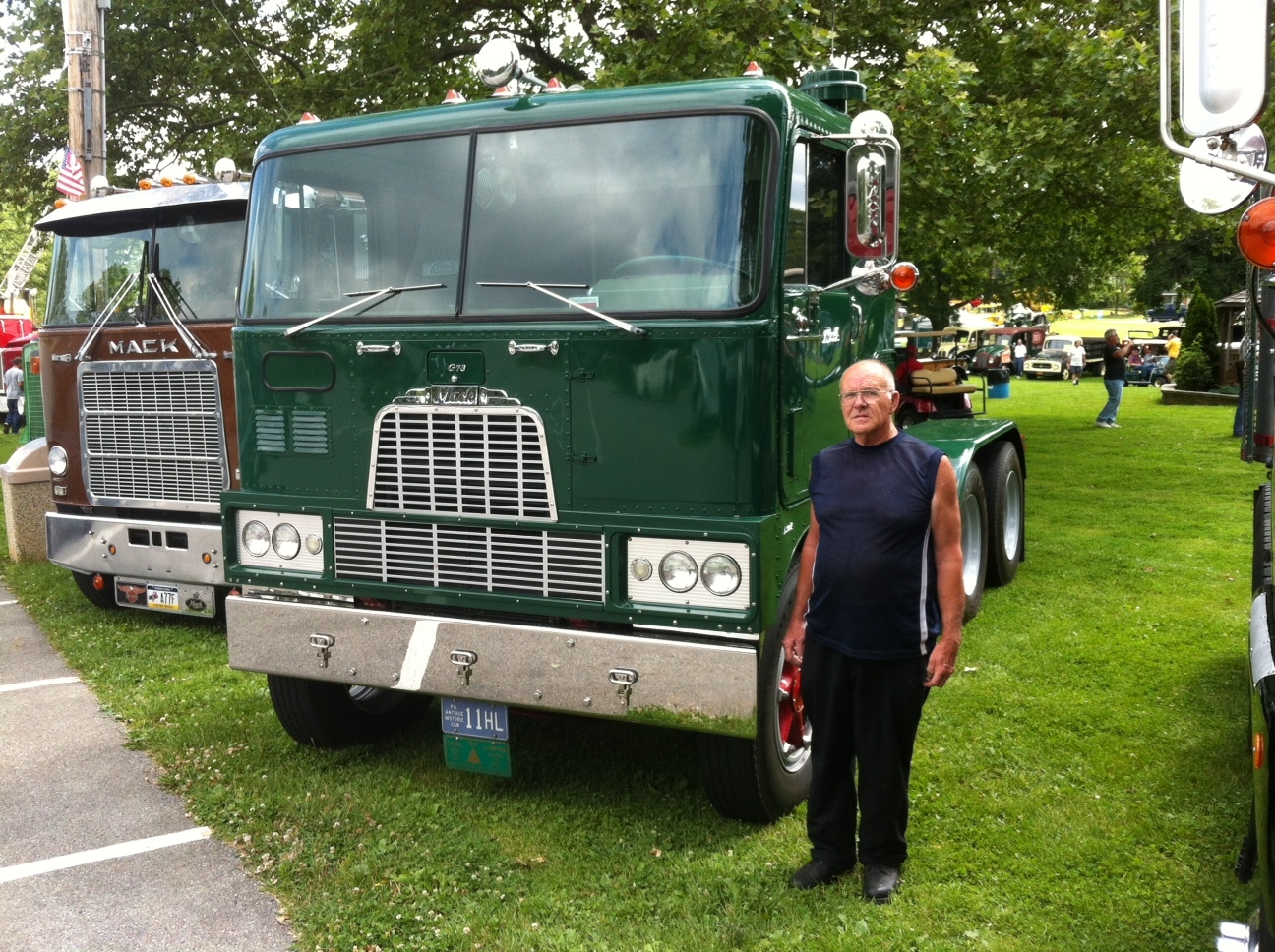 Very similiar in color and setup to my Dad's G-75 he O/O hauling steel in the late 1960's and 1970's. He bought his from a local "religous revival group" who also ran a trucking company-"Brother Dan and Sister Ann". Sometime later Dan and Ann and their son also named Dan and were charged with racketteering and frauding Mack out of 7 MILLIONS DOLLARS! Anyways my Dad's G-75 had a transplant 220 Cummins (hence my screen name),triplex, and single axle with a rear tag axle. He later overhauled and added a turbo to make it a 262 cummins. He swapped out the triplex for a 14 speed quad, and added full screw 38k Camelback rears to it.He loved that truck and still kicks himself for getting rid of it.