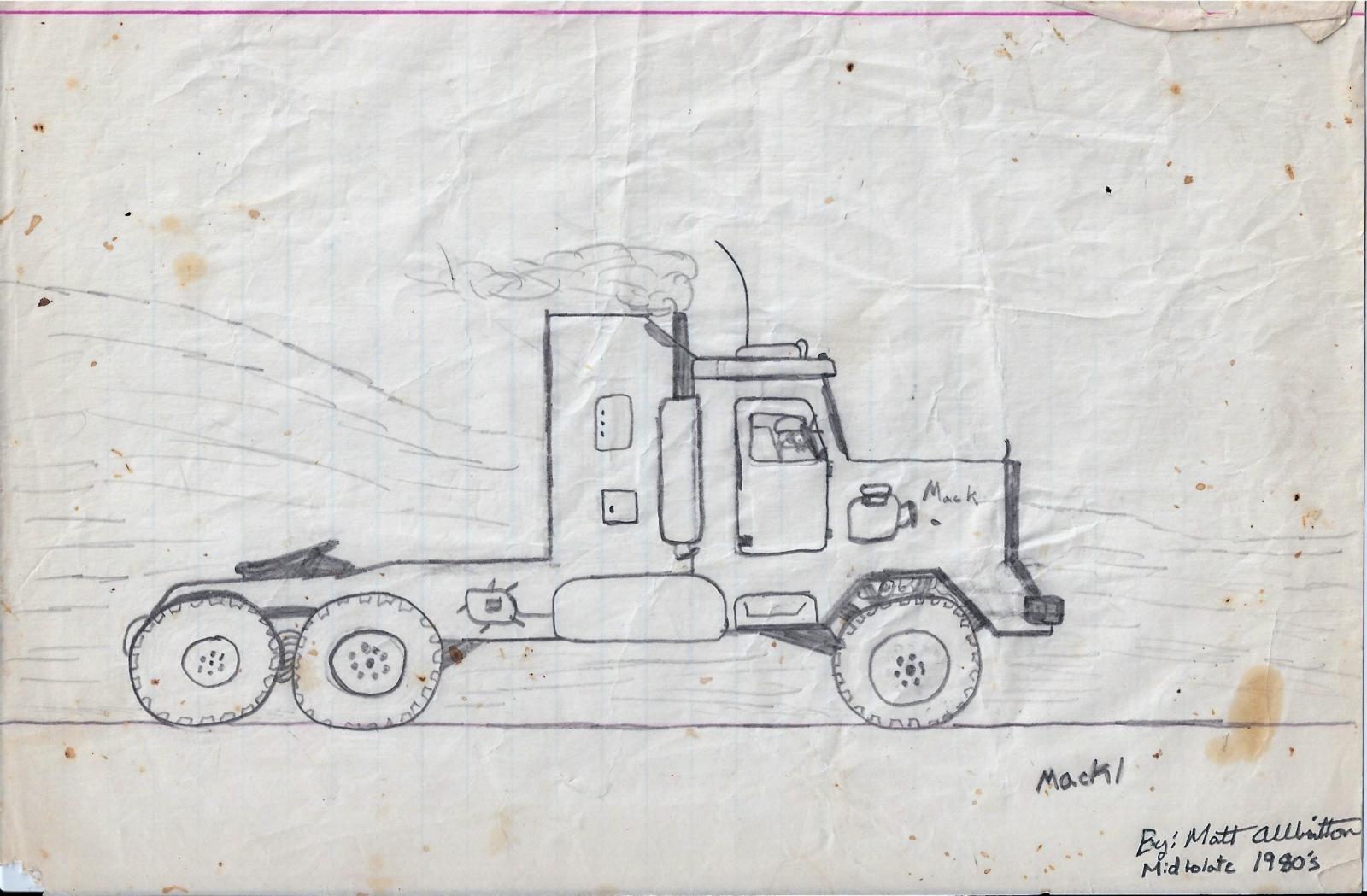 This MACK was drawn some time in the 1980's when G.I. JOE was going strong on T.V. and in Marvel comics. Though I've lost the second picture this truck was an armed and armoured transporter that would have given alkida hell if I could only have convinced the army....oh well.